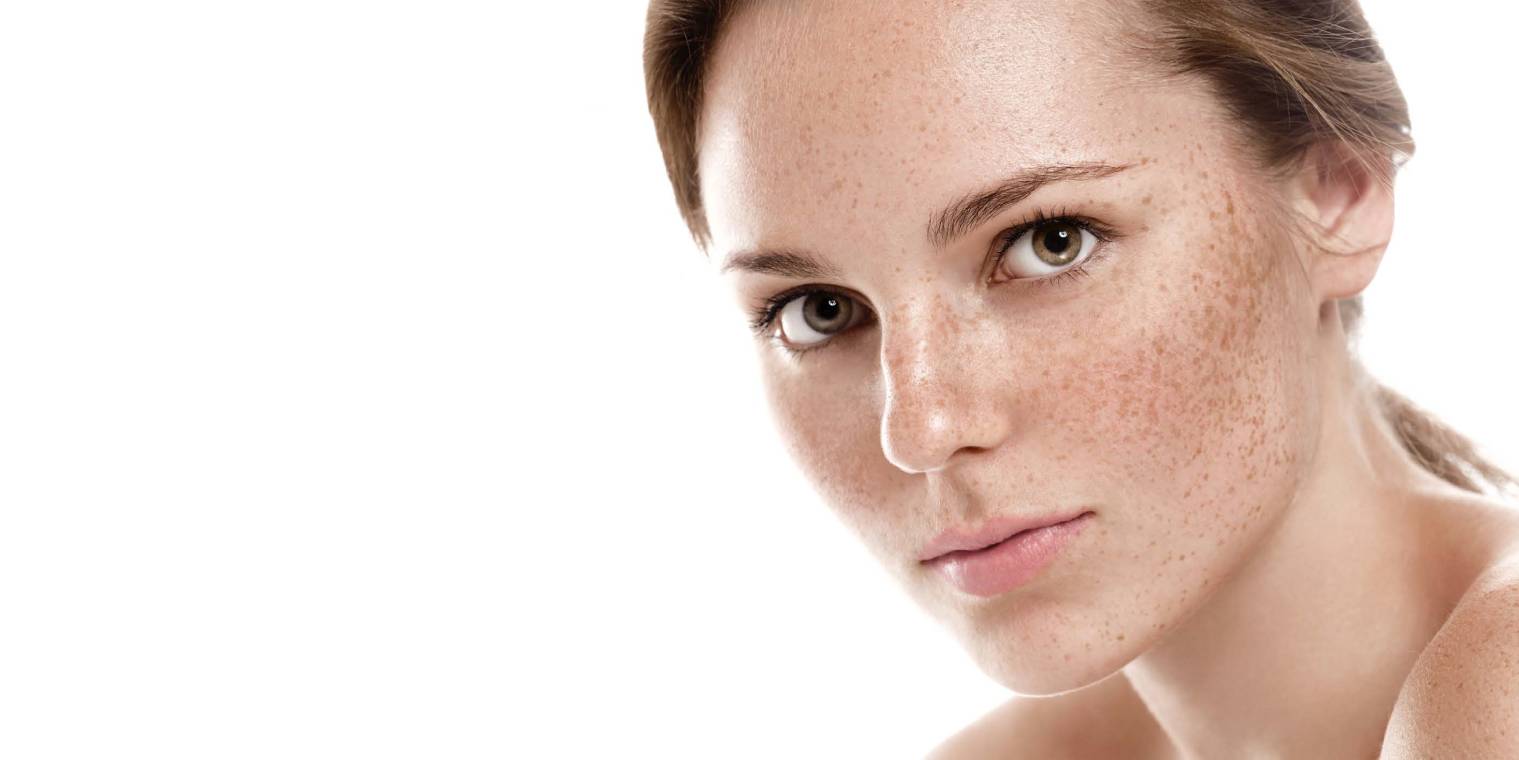 Freckles also known as ephelides are the accumulation of pigmented cells in the skin. Mostly seen in fair skinned people freckles mostly appear on the face, neck and shoulders.
Increased melanin production on exposure to UV-B radiation from the sun causes freckles, so, a regular use of sunscreen can inhibit freckles formation. Freckles are seen as flat, brown to red in color marks.
Lentigines are seen as pigmented spots in between normal skin with well defined border.
Basically lentigines always spread in a linear manner. The most common type of lentigo are lentigo simplex, solar lentigo (liver spots), PUVA lentigines and ink spot lentigines.

Why one should get freckles/lentigenes treatment?

How it is done?

After proper cleansing of face local anaesthetic cream is applied for approximately 40 mins and then laser therapy is done on each and every freckle to remove it completely.

Chemical spot peel is another option that doesn't even require anaesthesia. The face is cleansed and peel is applied on spots that lighten gradually.

Radiofrequency laser helps in removing freckles and lentigo with the help of high energy laser beam.

This laser therapy targets each and every freckle and lentigo. It breaks the pigments into fragments which later gets dissolved by the phagocytic cells of the body and the skin becomes clear.

This advanced technology in the field of laser targets the pigment only without affecting surrounding skin and it completely removes the pigment giving a flawless and clear skin in just a few sessions.